The software DegKinManager (Degradation Kinetics Manager for Two-Phase Flow) is developed for the evaluation of water sediment studies (level II). It calculates rate constants and DT50 or DegT50 values according to the recommendations of FOCUS Degradation Kinetics (FOCUS 2006/2014).

These models are recommended for use as a first step to derive regulatory endpoints for parent compounds and metabolites in water-sediment studies (level II, FOCUS 2006/2014). 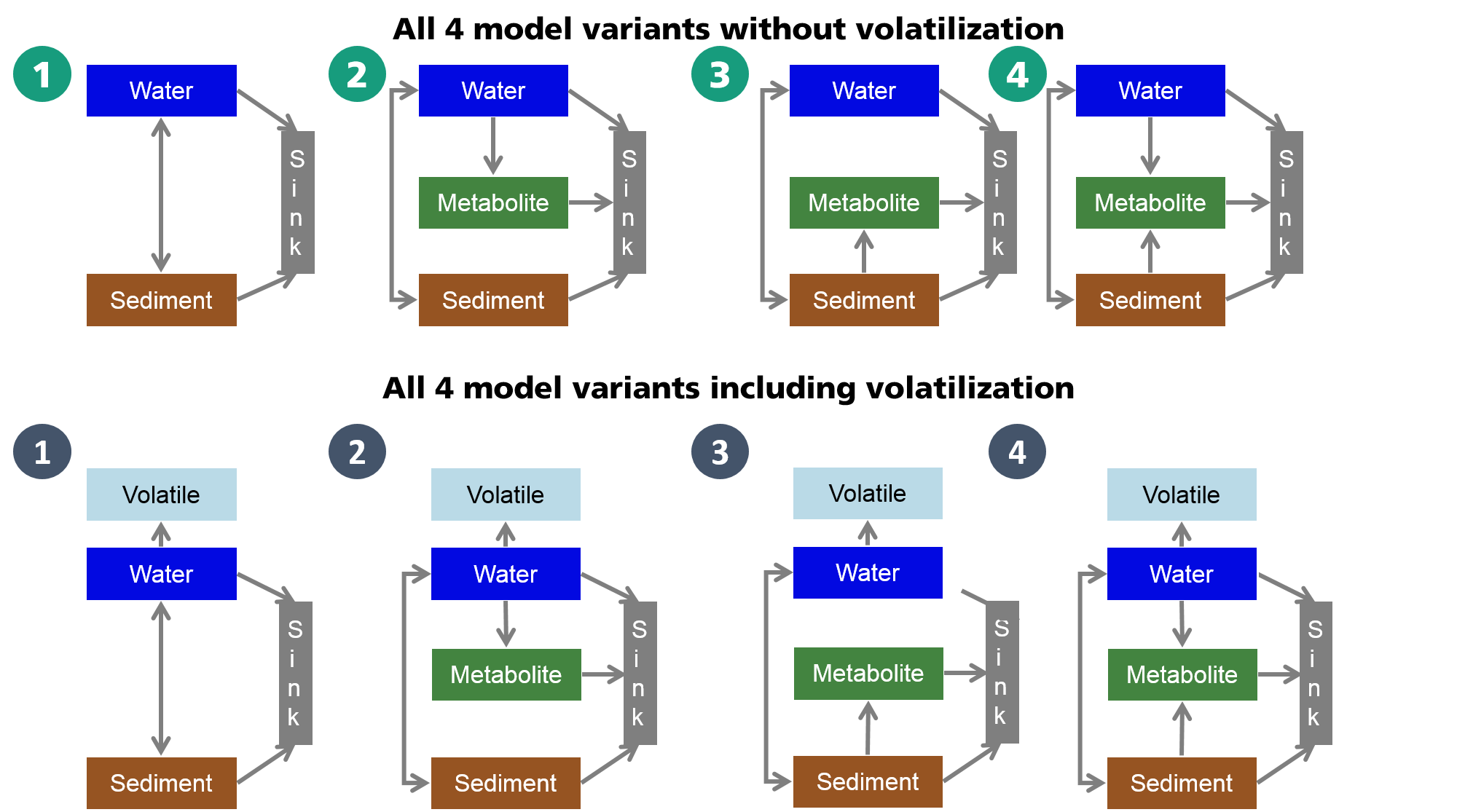 Moreover, the four predefined models are extended by an additional compartment “volatile”. This is done to include also volatilizing substances.
As input, the user has to enter the experimental data on residues of parent in water and sediment (model variant 1-4) and the experimental on residues of metabolite (model variant 2-4).
As result, the user obtains a written txt file report containing the model input and output (e.g. statistical assessment, regulatory endpoints like kinetic rate constants or DT50 values). Furthermore, a chart showing the experimental and predicted residue in time, a predicted-measured chart and a residual chart are created.

Figure 1 Graphical result of calibration, change of residue of parent in water and sediment (%) in time.

User interface and friendliness. The software DegKinManager is implemented in VB.NET as a user-friendly stand-alone program. The graphical user interface is intuitive. The user does not need programming skills.