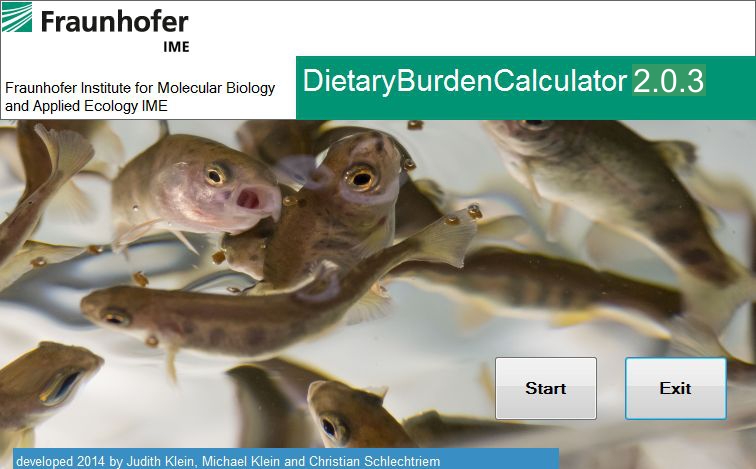 DietaryBurdenCalculator is a user-friendly stand-alone software for the calculation of maximum residue value in fish diet.

As input, the user has to enter the residue values for the feed components of an active substance. Each feed component with a positive residue value can be considered in calculation. The maximum dietary burden is calculated by using the Simplex-Method. The program offers as result a written txt file report containing the model input and output, a pie chart presenting the feed composition of the diet and the dietary load of the single feed components, and a table summarizing the result.

User interface and friendliness. DietaryBurdenCalculator is implemented in VB.NET as a user-friendly stand-alone program. The graphical user interface is intuitive. The user does not need programming skills.